Want to buy a beautiful fine rug but you don’t know the difference between Traditional Indian Agra Rugs and Persian Tabriz Rugs?

Overwhelmed with everything there is to learn?

Well, let me put it this way — you’re not alone.

The ugly truth is that the average rug buyer:

That’s why educating yourself about buying fine quality rugs before you step foot in the showroom door is so important.

In this article, you will learn all about one thing, Traditional Indian Agra Rugs.  They are one of the best investments you can make when buying rugs, but why? Where do they come from?  The history of their artful design is rather interesting, but I won’t bore you with a lecture — just a quick and dirty short version.

What are Traditional Indian Agra Rugs? 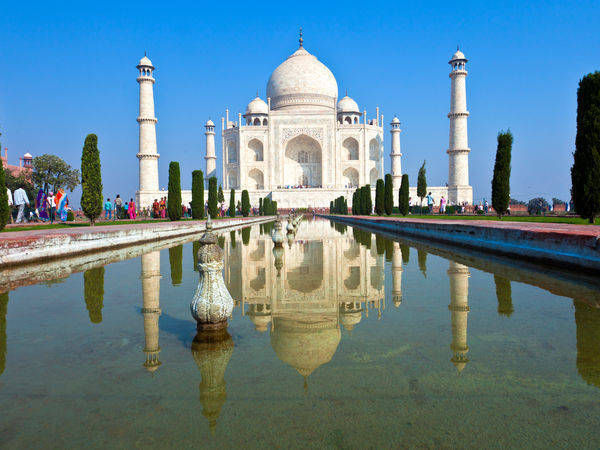 Traditional Indian Agra Rugs are made in the city of Agra and are famous for their elegant oriental charm. Rajahs and English nobles have admired and cherished these rugs throughout history. Additionally, their astonishing quality does not seem to deteriorate with age.  Rug collectors and aficionados seek out these masterpieces worldwide.

Agra, India – The City of Artists

Agra, India was first founded on the banks of the Yamuna river in 1504.  The Mughal emperor declared it the capital of the Mughal Empire in 1566 and the golden age came sweeping in.

Located in India’s northern state of Uttar Pradesh, it is most widely known for the majestic Taj Mahal.

The emperor Shah Jahan commissioned this magnificent mausoleum in honor of his third wife.  To accomplish this engineering marvel, the best architects were brought from all over the Muslim world.  With them came the many artisans needed to enhance the beauty of the surrounding city.  Ultimately, this also included rug weavers. 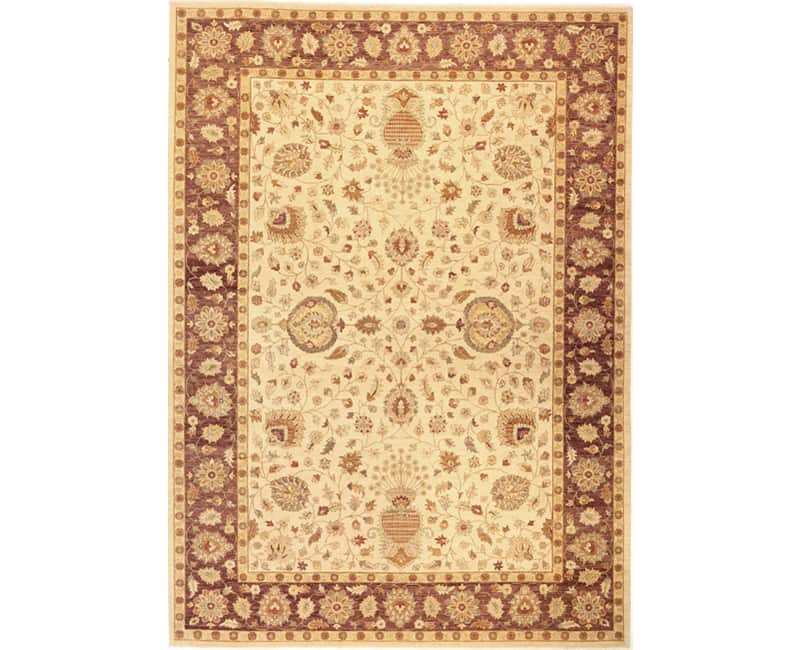 Traditional Indian Agra Rugs are worthwhile investments simply because of their exquisite beauty and desirability.

The first Mughal Emperor spent time exiled in Persia where he grew to love the Persian arts.  17th century Mughal Emperors continued to hold a deep affection for Persian art and culture, especially rugs.  They hired skilled Persian artisans to teach their craft in India and the Indian rug industry quickly established dominance.

Due to their mentors’ influence, the patterns and knotting techniques closely resembled those of Persian rugs. Because of demand for these exquisite works of art, they quickly built large factories to produce more.

The passion of the emperors resulted in a modified design style producing masterpieces of creativity which gave way to the antique Indian Agra Rugs still available today.

Fall of the Empire

Rug production continued through the decline of the Mughal Empire in the mid-late 19th century. Fortunately, you can find a few in-tact antique rugs from this era in European and American museums.  After the empire’s demise, rug experts began categorizing Traditional Indian Agra Rugs as Indo-Isfahans to honor to original architects of Agra who came from Isfahan, Persia.

The rug industry fell into dark times. Passion for the arts gave way to the rural class focused mainly on farming and military rule.  Factories turned to slave labor using long-term prisoners to carry out the majority of rug weaving activities.

Finally, the British Raj was established in 1803 and the arts returned to prominance.

A classic example of antique Indian Agra Rugs from the early 20th century.

Due to recent achievements of weaving techniques throughout the Rug Belt, rugs from this period are varied and eclectic.  Artists embraced the concept of making custom rugs of higher quality and completely changed the rug production industry forever.  Due to the advances in technology and customer demands, you can clearly see the changing style of Traditional Indian Agra Rugs during this time period.

Production ceased during the 1920’s-30’s, but resumed with a renewed vigor in recent times.  Now, designers and collectors consider Agra rugs to be some of the most decorative pieces available worldwide.

Older Mughal pieces are relatively rare and much more valuable. These rugs are usually found as fragments or have also been re-sized and heavily restored.

Ultimately, weight is the best factor for distinguishing between the earlier Mughal rugs and the later British era rugs of the 19th and 20th century.  Improvements in technology and other industries means resources are more readily available and easier to transport.  As a result, newer Traditional Indian Agra Rugs weigh more. 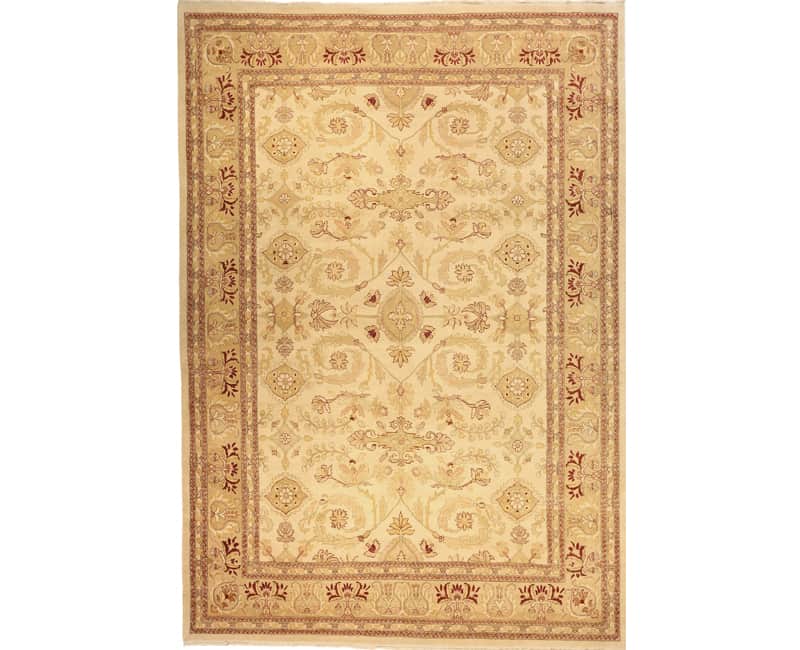 This is a fine example of Traditional Indian Agra Rugs originating from Egypt.

How to Classify Indian Agra Rugs

Traditional Indian Agra Rugs are difficult to classify as they vary in size, design, and composition.  These rugs typically feature:

Also, it is difficult to distinguish Traditional Indian Agra Rugs apart from other Indian rugs.  Dealers often label quality Amritsar pieces as an Agra as the connotation is better.  Hence, this is a misnomer.

Likewise, in today’s industry, rugs made in-the-style-of other countries’ proliferate.  Trustworthy dealers volunteer this information without being asked.

Hence, the definite location of production is hard to determine.  Therefore, one can be sure real antique Indian Agra rugs are fine pieces and great for collectors and designers alike.