Persian and Oriental rugs have a long and honorable history. And there are some surprising turns. One such turn brings us the French Savonnerie and Aubusson rugs we treasure today. 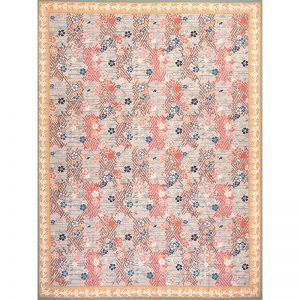 Artisans began making rugs in western Europe in the Dark Ages. Some historians suspect the art came with Saracen invaders who stayed behind after being defeated around 732 A.D.  Later, European crusaders discovered and brought home beautiful rugs and tapestries from Persia, Turkey, and other regions.  These rugs show up in the paintings of Renaissance artists that we treasure today.

In the early 17th century, Louis XIII granted a patent to two artists to create rugs and tapestries. Their business became known as the Savonnerie Manufactory.  (The name comes from the French word for soap, savon. The manufactory operated in a renovated soap factory.) They created rugs in the style of the Turkish rugs wealthy Europeans knew and loved. But Savonnerie rugs soon evolved into more French designs.

The Renaissance Comes to France

Weavers worked at creating rugs and tapestries in Aubusson and nearby Felletin for centuries.  The Aubusson style probably began with the migration of tradesmen from Flanders in the 16th century.  Influenced by the Italian Renaissance, these artists developed a style of rug and tapestry making in the late 17th century that featured perspective. In effect, some objects appeared farther away than others.  Louis XIV granted the artists in Aubusson and Felletin a patent to make rugs for the monarchy and for trade.

Although the French Revolution and spreading popularity of wallpaper brought about great changes in the rug and tapestry trade, the art did not disappear.  In fact, beginning in the 1930s the weavers in Aubusson saw an upswing in business and production.  And they continue to make rugs in this style by hand to this day.  One notable example is a tapestry hanging in England’s Coventry Cathedral, which was rebuilt in 1962.

In current times rugs in the Savonnerie and Aubusson styles are also made by hand in other countries where labor is less expensive.  Two popular sources are China and India. There is usually no difference in quality. 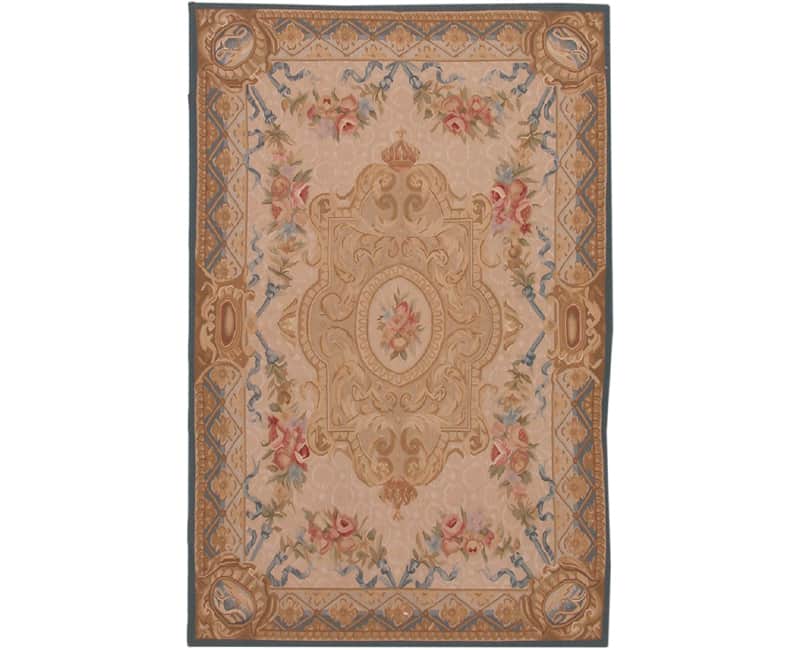